In this blog post we will speak about cooperatives and aboriginal identity through the analysis of the Boomalli cooperative in Australia.

Firstly, we would like to start this blog post by apologizing for being silent for so long. At a certain moment of our around the world trip, basically almost one year ago, the tiredness started being a good fellow of our journey, together with of course her sisters “emotions”, “adrenalin” and “passion”.

Our workload was very intense and emotions accumulated along our journey required definitely more time than usual to be digested. The first “victim” of all this has unfortunately been the blog as we focused all our efforts on documenting our cooperative stories and editing the videos.

With the revamp of our blog thanks to the great initiative of Giorgia, one of our ATW fellows, we thought the moment had come to pick up the thread of the story of our journey, and share some insights about the coop stories we have already edited. From now on, these posts will be written by me (Sara) with the insights of Andrea, but also with the precious contributions of the ATW researchers Giorgia and Cecile! So these posts will definitely be the result of a collective effort!

This time we’ll talk about our sixth stop of our cooperative journey around the world… Australia!

On May 1, 2019, we left Malaysia where we documented an amazing model of coop set up by a school, and we landed in Sydney, ready to meet a very innovative coop set up by Aboriginal artists from New South Wales (NSW). The coop is named Boomalli which means “fight” in local language.

Understanding in-depth the powerful work carried out by this cooperative requires at least being acquainted with some key information regarding the condition of Aboriginal peoples in Australia.

Have you ever heard of “the stolen generations”?

“From the early 1900s to 1970 several Australian government policies, such as the Aborigines Act (Western Australia; 1905), were instituted to erase Indigenous Australian culture by removing children from their families, thereby severing their intimate connections with their communities, their languages, and with their land. The forcibly removed children—the Stolen Generations—were raised in institutions and adopted into white families with the aim of culturally assimilating them into a so-called white Australia”. (The Lancet, 2018)

Finally, it was in 2008 when an Australian Prime Minister for the first time apologized with Aboriginal peoples for what they had to suffer, in the attempt to close the gap between Aboriginal and non-Aboriginal Australians.

However, it has been argued that in the absence of effective inclusive policies, those apologies have remained mere rhetoric. An official report informs that nearly 40 years after those policies that generate “ the Stolen Generations”, the affected people are still suffering economic, social, and health effects. Furthermore, a continuing cycle of trauma for descendants of the Stolen Generations is reported, with children living in a Stolen Generations household being more likely to experience adverse outcomes than other Indigenous children. Notably this demonstrates a transfer of intergenerational poverty and trauma (Nature, 2019). 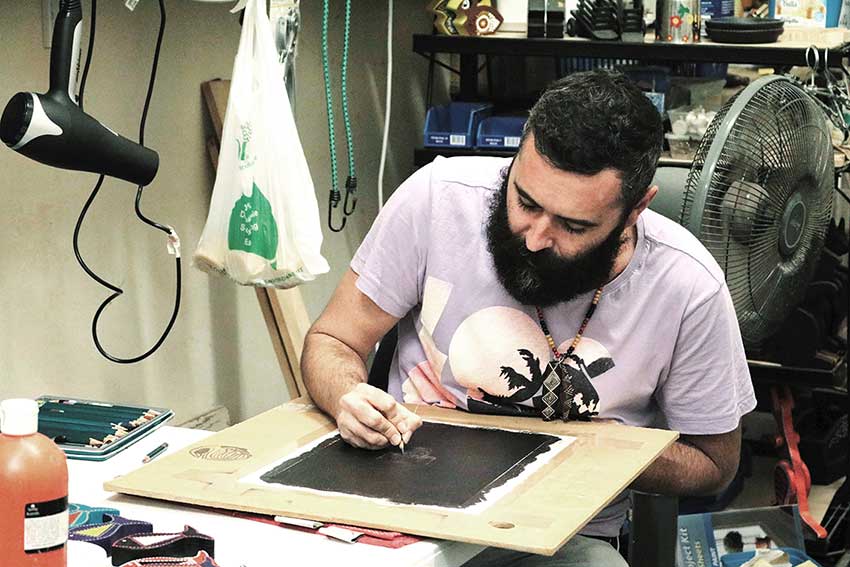 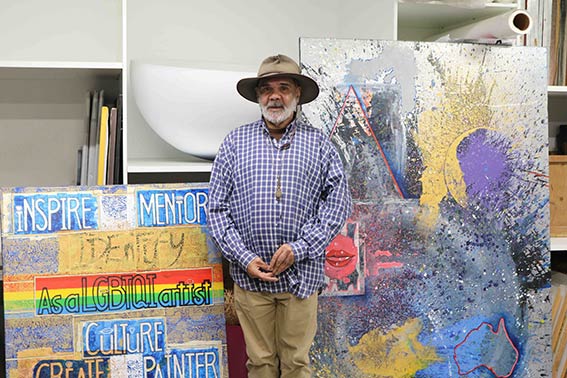 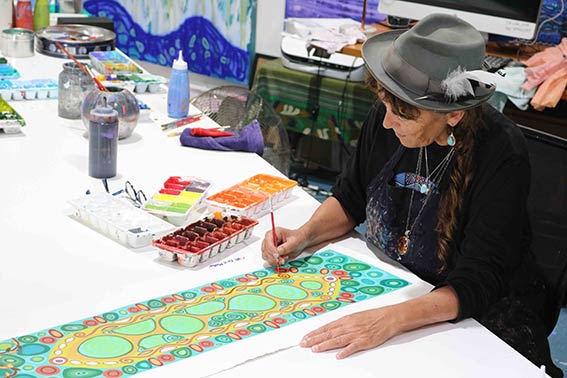 These ten Artists were striving for recognition from the mainstream art society and their diversity was unparalleled. They challenged preconceptions around urban-based Aboriginal Artists and created a unique space for themselves within the art world. (Boomalli website)

Currently the cooperative has 60 members, all of them Aboriginal artists that have found in the Boomalli coop an opportunity to develop their career but also to express themselves, their beliefs, their identity and to reconnect with their own identity roots.

As they explained during the FGD, they joined the cooperative because:

To learn more about how members have improved their lives watch our video:

Food for thoughts on cooperatives and aboriginal identity

This cooperative story provides new insights about the key role that cooperatives can play for indigenous peoples and artists  as a means of healing and identity recovering.

It is indeed an opportunity not only for economic but also  cultural and social empowerment at individual and collective level.

By gathering together, members have an opportunity of individual healing but also of collective identity building, becoming a bastion of resilience.

On Friday, 15 May, 2020 the Boomalli has launched online via its website the exhibition “Not Young or Free” as a response to the 250 year anniversary of Cook’s arrival in Australia. This exhibition highlights the importance of truth telling from the perspective of Aboriginal Artists from NSW Aboriginal Language Groups.