Cooperatives and women’s empowerment: the story of Toudarté

In this blog post, we are going to discuss about cooperatives and women’s empowerment.

A few months ago, Andrea and I bought by chance a bottle of Argan oil shampoo. We were just looking for a shampoo, and it was that bottle that caught our attention. Our feeling for some reason was that we were buying something good. Our feeling was right in a way.

An amazing visit to the Cooperative Toudarte taught us a lot about everything we could know about Argan and at the same time, it massively raised our awareness as responsible consumers. We are happy now to share with you all that we learnt and in this post we will attempt to answer three main questions: Why is argan oil so appreciated? Who is behind its production? And, what is the success story of the Cooperative Toudarte?

We will then take the chance to tell you a bit about some key moments spent with Coop Toudarte members.

Why is Argan oil so appreciated?

Argan trees are endemic of Southwestern Morocco. The forest was designated a UNESCO biosphere reserve in 1998 and included in the World Heritage list in 1999. This helped restore its natural function in acting as a natural barrier against the advancement of the desert, preventing erosion, and protecting water resources, as well as protecting against the threat of excessive human exploitation of the wood to produce charcoal and in the overgrazing of goats and camels.

The Argan forest currently covers more than 8,000 km2 in particular in the triangle formed by the cities of Essaouira, Agadir and Taroudant. The oil extracted from seeds hidden in the nuts, inside the yellow fruits, has been a mainstay for the Amazigh people of the region for centuries. This oil, that can be used both for alimentary and cosmetic purposes, has numerous pharmacological properties. It is extremely rich in beneficial nutrients including fatty acids and vitamin E making it particularly beneficial for the hair and skin. Its world‐wide success is principally the result of a vast multidisciplinary program initiated by the government of Morocco a few decades ago.

Who is behind its production?

The hand- and home-made oil extraction has always been exclusively the women’s work amongst the Amazigh population. Traditionally, the men would be in charge of selling it the products at the suk.

As a result of the above mentioned programme led by the government, many women’s agricultural cooperatives were formed in the region. Currently the Office of Development & Cooperation (ODCO) reports nearly 360 women’s cooperatives in the region producing Argan oil, representing about 6,100 women members.

The development of women’s cooperatives has ensured that the Argan oil sold in the domestic and international markets could respect the required properties and quality standards as well as allowing the local population to benefit from the emerging opportunities. Many studies have demonstrated the significant impact in terms of socio-economic development of communities and women’s empowerment in places where cooperatives act.

Unfortunately, as is often the case, all that glitters is not gold. So, as we learnt during our stay in Imsouane and Agadir, not all the Argan oil traded is ethical and of high quality, even if produced by cooperatives. This is because the increasing demand and market opportunities has led also in this case to the emergence of false cooperatives or of companies that enter the market only to make profit, very often with counterfeit products, thus making unfair competition to those genuine cooperatives that instead promote sustainable human development of members and their communities. 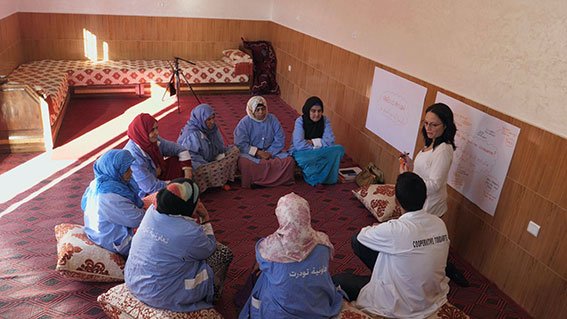 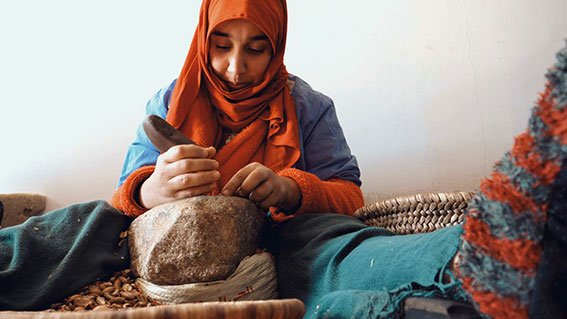 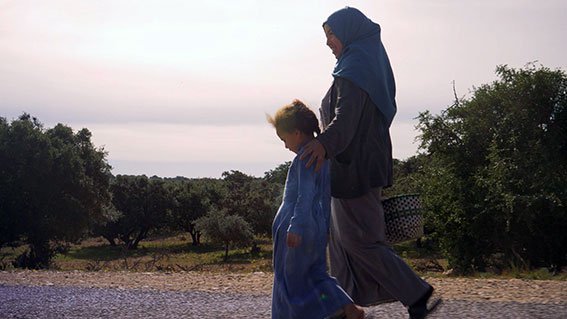 What is the success of the Toudarte cooperative about?

The women’s cooperative Toudarte – which means ‘life’ in Amazigh – was founded in 2004 by around fifteen women from the village of Akhsmou,  in the region Imsouane at 85 km from Agadir and 85 km from Essaouira.

This amazing story of self-development starts with the initiative of one very charismatic leader, Ms Fatima Ihihi, the president of the cooperative. Coming back to her village after completing her studies in Agadir, and following in the steps of her father, who was active in providing the village with key basic services, such as access to water, electricity and education, Fatima made a start on a visionary project of women’s empowerment and community development. However, the project was not without resistance.

Some inhabitants of the village saw in this process of local development a threat to local norms and customs, which provide that women should not work outside their own four walls. Despite initial worries, the cooperative began in earnest in 2004 and it is now a model of success in the region.

Nowadays, the cooperative can count on more than 100 committed, brave and self-confident women members, as they like to call themselves.

Everything has changed in their life since they joined the cooperative. As they told us during the Focus Group Discussion we organized, the most important changes can be identified in terms of:

The cooperative nowadays has a turnover of about 5,450,000.00 Dhs (June 2017- June 2018) that is around 572,550 US dollars. Its products, which include alimentary argan oil, cosmetic argan oil, other seed oils for cosmetic usage, crèmes, amlou and honey among others, all of them of high quality and organic certified, can be found in the domestic and international markets.

Since 2007, when the cooperative joined the Targanine group consisting of six women cooperatives producing argan oil, the Toudarte cooperative has also started an important commercial relation with L’Oréal that is in fact the main partner of the group. This has contributed to the recognition of the Toudarte being a Fair Trade cooperative.

However, the unfair competition of other companies and the increasing supply of argan oil in the market are posing some risks in terms of economic sustainability for the cooperative. For this reason, the cooperative has started to develop new income generating initiatives, such as the poultry farming project, as well as looking for new commercial partners for their transformed products, with the main purpose to continue being capable of providing women members with effective services and opening the door to new members who wish to join.

Indeed as Fatima and Khalid Mssaoudi, the director of the cooperative, further explained:

“Our goal is not only having income from argan oil but it is to develop this region and help those women pull themselves out of poverty to enhance their skills and contribute to their personal development and the development of their community”.

Cooperatives and women's empowerment: Why is this experience so interesting?

Here, are some remarks and food for thought:

We will be always grateful to the cooperative Toudarte especially to Fatima, Khalid and all the women cooperators, for opening their doors to us and for sharing with us their story of success. Special thanks goes to Faissel Fritah, officer of the cooperative, for its professionalism and support during our stay in Imsouane.

Watch the video to learn directly from them this fantastic story of sustainable development and self-reliance!

We wanted to express our gratitude by giving as a present to Fatima and all the women members of the cooperative Toudarte clothes “Made in Castel Volturno”, produced in Alice home by the hands of African and Italian women. This gesture is our symbolic way to create a chain, a connection between all the groups of people we have visited during our one-year journey.

We would like to end this post by sharing with you all the messages from the women of the Cooperative Toudarte to all the cooperators worldwide, as listed in the flipchart they hold in the picture above.

Be like the Cooperative Toudarte, hold the hands of your fellows in order to be a leader so your cooperative can be the best… holding our hands we reached the top!

We would also like to take this opportunity to thank the International Co-operative Alliance for this fantastic partnership we are building together step by step, as well as ICA Africa and ODCO for the support provided in the organization of this Moroccan phase of aroundtheworld.coop project!